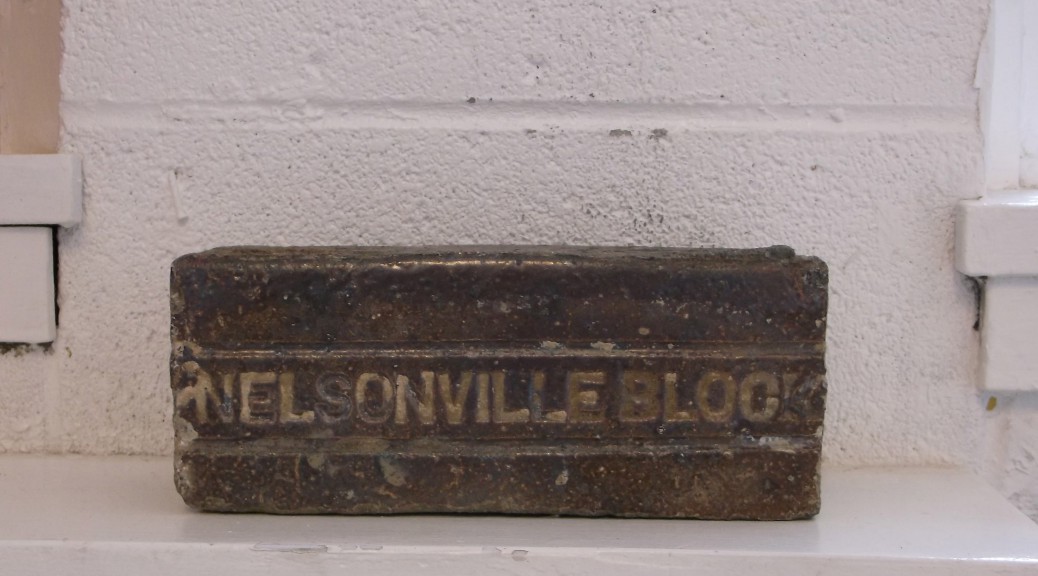 “Hello editors! I am a reader of the GTJ, thanks for all your work. The Mystery Photo is one of my favorite features. I’m a first-time submitter, and also the proud mother of editor Amy Barritt. The information I uncovered in my research (all online) is amazing. I never learned who chose the Nelsonville Block for our streets, but it wouldn’t surprise me if Mr. Hamilton wasn’t involved. The choice to use them was an excellent one.

The pavers were made in Nelsonville, Ohio. The first plant was built in 1877, closed in 1937. That area of our country has the best combination of raw materials needed to make excellent bricks, especially the clay. I read an article about the brick’s construction. According to the article, it was the “King of brick pavers,” and the salt glazing was the secret ingredient.

Salt glazing, produced by shoveling salt into the fire at high temperatures, gave Nelsonville Block pavers a distinctive finish and made them more watertight. Nelsonville Block won first prize at the 1904 World’s Fair in St. Louis, Missouri, for the way it was made.

You NASCAR fans may be surprised to learn the Indianapolis 500 Speedway race track ended up being paved with the Nelsonville Block. When the track opened in March 1909,  it was originally built out of dirt, 2 inches of gravel, and 2 inches of limestone covered with taroid (a solution of tar and oil). Opening weekend was a three-day event. Each day was a race; by the end of the third race, there had been 6 deaths. The AAA officials stopped the race and closed the track until the troubles with the track (pot holes and ruts) were corrected. My personal thought is, “Potholes? Road building is still trying to solve that one!” By April 1909, the owners, Carl Fisher and partners, looked into pavers. They chose the Nelsonville Blocks. The project began and was ready for racing December 1909. Each paver was hand-laid over a 2 inch cushion of sand, then leveled and the gaps filled with mortar. A concrete wall 33″ tall was constructed in front of the main grandstand and around all four corners to protect spectators. The final brick added to the track was made of gold and laid by Governor Thomas R. Marshall. Locals named the track the “Brickyard,” a name that has stuck throughout the track’s history. Today, 3 feet of original bricks remain at the start-finish line.

Pavers are still used in the building industry, but for constructing a driveway or patio. You can choose between clay pavers or concrete pavers. Clay pavers are longer lasting, chip resistant, hard and brittle, and keeps it color better, but they are more expensive. Concrete pavers fade and discolor, absorb dirt, oil and stains, and are easier to cut and lay. It the pavers are sealed with a quality sealer, they will last longer and are less expensive.

Happy paving! I’m glad the blocks are being salvaged and reused. Little Bohemia used to have some blocks when they remodeled in 2005. Look around the downtown area, and you’ll probably find several places and areas with the pavers still in use. Want to take a drive on pavers? Try Eighth Street between Division and Union. I love history!”