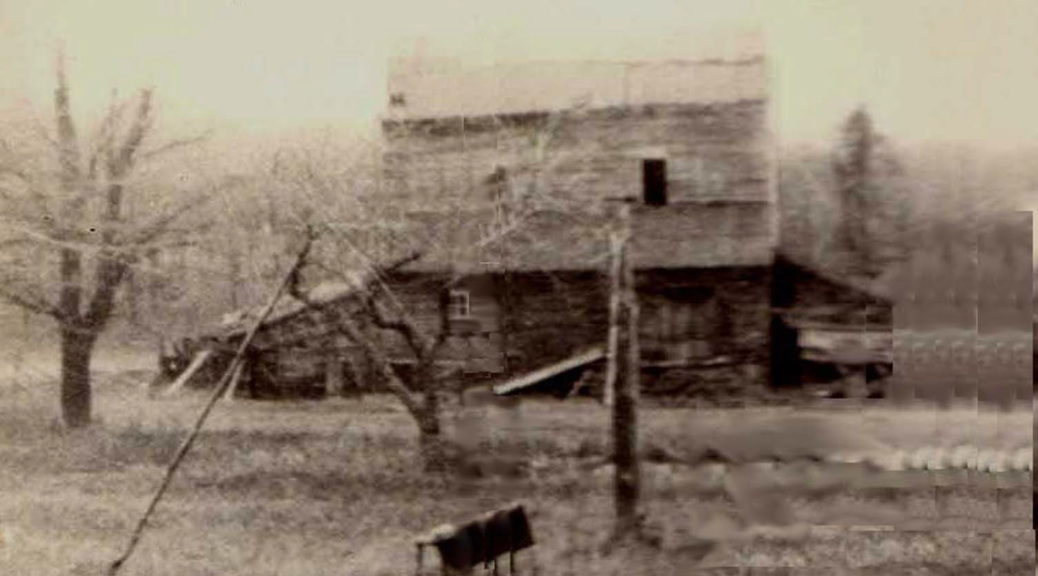 After a dozen years researching the history of Lake Ann, Michigan, it has quite evident that people’s memories are not always accurate. People can be very certain of a date or name or event and be quite wrong.

The first instance of this in my research on the village of Lake Ann were the dates of the three major fires that burned significant portions of the village. The first and by far the greatest was on the fourth of July, 1897. That date is well known to village residents.

The second fire, that burned the business district, is known far and wide to have occurred in 1914. That date was established in a newspaper story many years ago and the date 1914 has been repeated ever since. Unfortunately, a check of old newspapers proves that the fire was in 1902.

The third fire, known widely as the 1917 fire was in April 1918 and we mark its anniversary next year.

However, a search of tax records and deeds shows that no Thompson ever owned or ran the grist mill. Harvey Thompson and a partner, Mr. Elton, started a saw mill about a hundred yards from the grist mill about the same time (1896 and 1893 respectively). After just a few years, the mill was sold to William Habbeler who built, owned and ran the first and biggest saw mill in Lake Ann.

It would appear the proximity of the mills, the passage of time and the vagaries of memory combined to mix the mills.

Now I am on anther quest, trying to unravel memories, written account and sketchy facts. Once again I rely on tax records, land records, village minutes and newspaper mentions to find the truth.

The story begins with more “well known” information. About 1900, two houses were moved from along Ransom Creek, site of the first settlement in the Lake Ann area.  At the time it seemed houses and even large buildings were moved from place to place, usually on sleds over frozen ground or ice covered lakes.

Elijah Ransom owned the saw mill operating beside the creek and later a grist mill. There was a cluster of shanties, a couple of houses and a large store close by.

We know from contemporary newspaper accounts that Addison Wheelock, first settler in the Lake Ann area, had a home in that settlement. His home was large enough that the planning session for creating Almira Township and the first meeting of the elected township officials took place in his home.

I assume that Elijah Ransom, being the most prosperous person around, had a decent home there as well. Because this all took place in the early 1860s, tax and land records are rather limited. People didn’t always own the land they were occupying.

Having prowled the woods along Ransom Creek, I know of three depressions where the village must have stood. The largest is surely the site of the store. The two smaller are, I believe, the sites of the two real houses in the early settlement.

Believing that the accounts of two houses being moved from near Ransom Creek to the southeast corner of the village, it made a good story that these house belonged to Elijah Ransom and Addison Wheelock.

The “well known” story was that these two houses were later occupied by the Dr. Shilliday family (now the Shilliday House B&B) and the Burnett house just to the south, also on South Lake Ann Road. The latter once occupied by S. S. (Sam) Burnett, local businessman and family and later by the Bryan family.

It was such a great story. I had located a house once lived in by Addison Wheelock, my wife’s great-great-grandfather. I thought I was finally through my Lake Ann research.

Ah, but questions arose. Not everyone was certain the Burnett house had been moved. Or perhaps not in 1902 as the village minutes had led me to believe. The village minutes did say the Ransom store and A dwelling were moved from along Ransom Creek in 1902. Back to the Benzie County Court House.

The tax records indicate several owners of lot 4, block 29, site of the Burnett house, in the years between 1895 and 1903. For all but 1895, the value of the property suggests a house was on the lot. But, of course, there is no information about the house, certainly not its history.

Mr. Degan, an early owner of the lot on which the Burnett house stands (1899-1903), served on the village board and was active in moving mill machinery, water works pumps and water pipes off the Ransom Creek site. Degan and Huelmantel bought “the entire water works machinery and wheel and the mill machinery in the old mill” for the sum of $250 in 1900. Could Mr. Degan have moved a small house without a mention in the minutes? Oh yes, in 1901 a “wagon shed or house” on the creek was sold to someone for $4.00.

Ah, but there is more.

In 1900, the village approved the rental of “the old Ransom house” to a Mr. Thatcher for $2.00 per month. Of course, they don’t say where that house is located. Still by the creek?  Surely not the Burnett house. Mr. Thatcher paid taxes on a lot on Lynwood, three blocks from South Lake Ann Road and the Burnett house. Was he living in the “old Ransom house,” now located on Lynwood Street?

Granted, knowing which house was where 117 years ago is not crucial to Michigan history. Even I don’t lie awake nights wondering. But for the sake of accuracy, and personal curiosity, I would like to know.

So, while I know with certainty that memories, and even some newspapers stories, can be inaccurate, I do not know which house is which. It is like trying to keep track for which nut shell hides the bean as they are shuffled rapidly before your eyes.

Personal “histories” or reminiscences can be very useful. even indispensable but they must be supported by facts such as deeds of tax records.

When I was young, there was a popular radio program about the FBI and crime. The lead character was Sergeant Friday and his iconic statement was, “I just want the facts, m’am, just the facts.”

At least I think his name was Sergeant Friday and I think that is what he said.