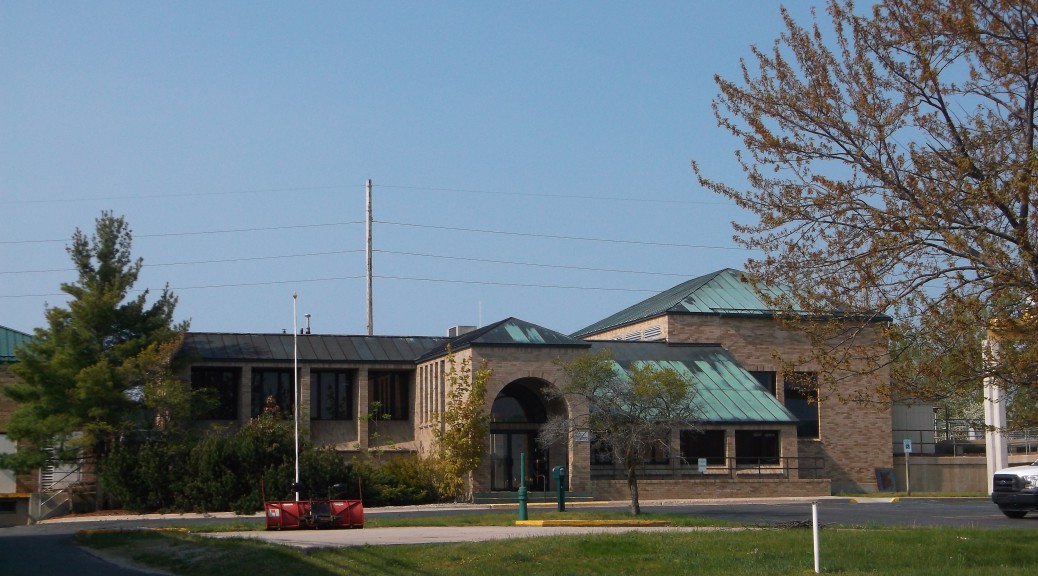 Dear Readers, perhaps June’s Mystery Photo proved too difficult, as we did not get a single answer! So, this time we will provide you with answers. Perhaps it is merely that the Sewage Treatment Plant is built “out of sight, out of mind.” Still, it is a lovely piece of architecture we encourage you to visit!

We have a few questions of increasing difficulty concerning this month’s mystery photo, all about the Traverse City Sewage Treatment Plant!

Where is this facility located?

The sewage treatment plant is located at the north end of Boardman Lake.

It was built in the early thirties.

What was done with city sewage before it was built?

Formerly, sewage was released directly into the Boardman River.

City residents rejected bonds to pay for the plant twice before the state ordered it to be completed.  What were the reasons for those rejections?

Residents opposed the bond to build a sewage plant over concerns of over-all expense and how much individual citizens would have to pay.  In the end, the state required citizens to construct a new plant.