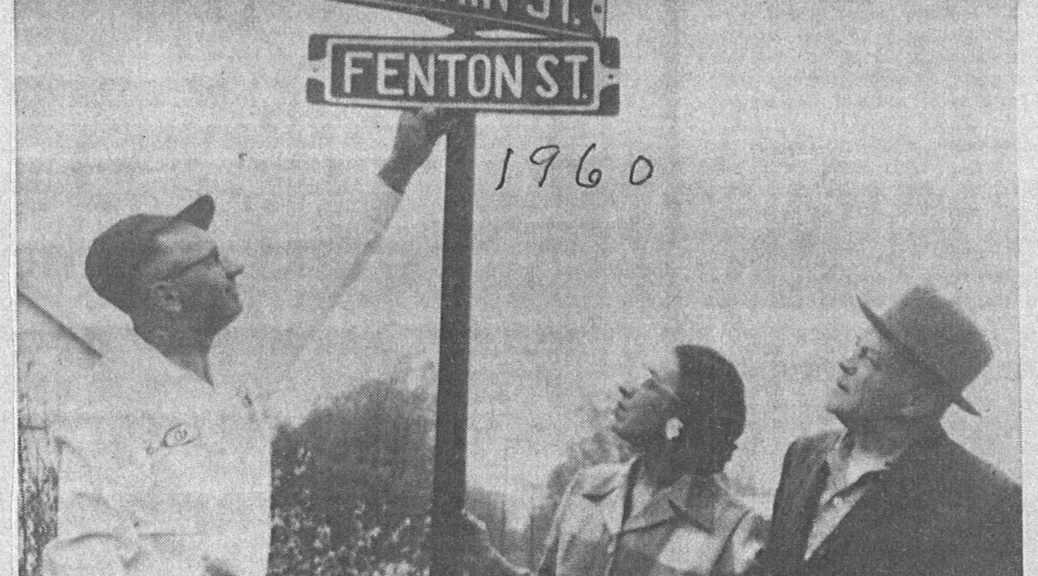 Why are Al Hoeflin (left) and Mr. & Mrs. Lane Fenton staring at these street signs in Kingsley in 1960? If you guessed that they are members of a signage admiration society, try again! Here’s your hint: What is unique about the sign that appears above “Fenton St?”

So what’s so important about these street signs? Kingsley was once two separate villages, Paradise and Kingsley Station… and each had their own Main Street! So, when the two eventually merged (sometime between 1900 and 1908), good ol’ Kingsley had two Main Streets. (The merger apparently involved much bitterness on at least one side, but the man who platted Paradise, Myron S. Brownson, did get to name the township and had a major street in Kingsley named after him.)

By 1908, the village began to distinguish between the two as North and South Main Streets. In 1960, the village finally had enough of the whole business, and renamed the street after a third-generation village family, the Fentons.