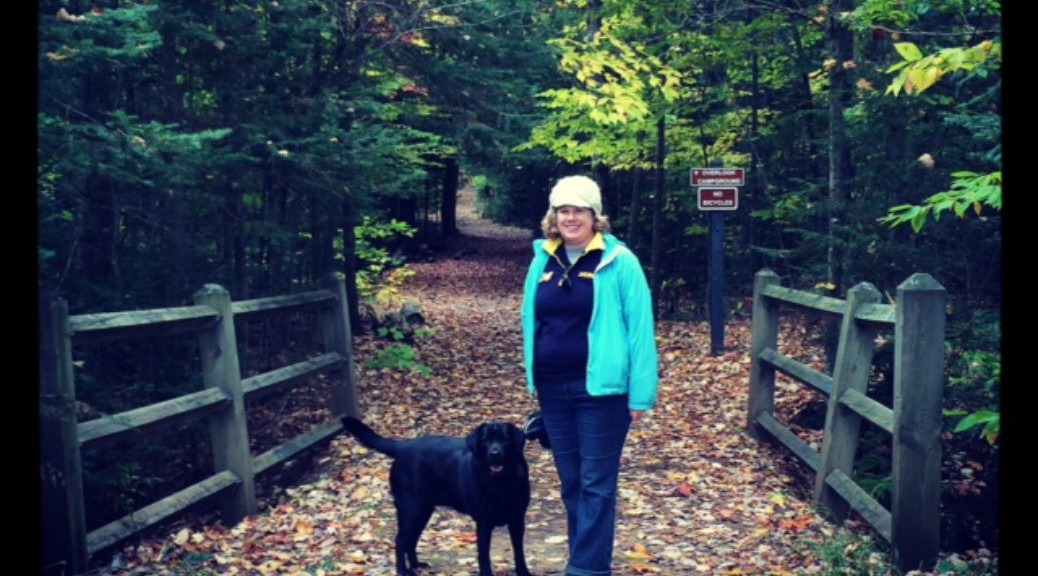 The preservation of history once meant rediscovering things lost (documents, photographs, buildings, etc.) and trying to ensure their physical survival. However, new tools and an eye to the future allow all of us, from professional historians and lay persons, to make a concerted effort to capture our lives and culture now, negating that dangerous period of rediscovery. Cathy and Stella Lancaster are two amateur historians that are doing their part to seek out and secure the culture of their neighborhood for future generations, one front porch at a time.

Like all best friends, Cathy and Stella share a number of interests. These roommates enjoy long walks, playing with children, and making local history of the Grand Traverse Region more accessible. As recent transplants from downstate, the two found their new regular walk on the State and Washington blocks in Traverse City to be rife with interesting architecture, front porches especially.

“Big front porches in Flint were an oddity,” Cathy explains. “Since Traverse City has more alleys, there’s a greater opportunity to have more space out front and a larger porch.”

Cathy’s interest in domestic architecture was refined while working on her undergraduate senior thesis at Kalamazoo College, a history of an island located on one of the 1,000 Islands in the St. Lawrence River, and home to her family’s summer cottage. Architecture classes she had taken in high school informed her thesis, shaping earlier chapters which described how the architecture of the island homes create spaces for friends, family, and neighbors to meet and interact, especially in public spaces like the front porch.

After moving to Traverse City, Cathy was inspired anew by home entrances both simple and elaborate. During Stella’s daily walks, Cathy says she “enjoys taking pictures of all the porches; they’re all unique. Some have spindles on their rails that are really intricate, others are small, some are a bit neglected. They make me wonder about the people who live (or lived) there.”

Sometimes, Cathy and Stella’s curiosity is satisfied. “I met the current owner of the Bates house on Washington Street on one of our walks. He told me about the Bates family, who owned the Traverse City newspaper, and that the house was the oldest standing in the City.” (The Bates home was built in 1858; other structures in the city limits have parts older than this, but I believe this is the oldest standing structure.)

Last May, Cathy began posting their discoveries on Instagram, an online site that allows users to share photographs and videos with their friends on social networking sites like Facebook and Twitter, and the project quickly blossomed. In order to collect and easily share her photographs, Cathy created the hashtag #tcfrontporches, and is encouraging others to use it as well.

“What I hope is that others will begin using the hashtag so I can see other people’s neighborhoods, not just my own.”

Hashtags are Friends, not Foes

Social media is pervasive in our lives, and is changing the way we think about historic preservation. When I was training to become an archivist, we learned about the traditional development of archives, where documents and images were retained systematically by an institution to keep a record of operations. Frankly, being responsible for capturing all aspects of our culture with this method is unfeasible, and local historical societies and archives need the people to help us retain what is important.

Hashtags are a simple and effective way for all of us to post and share photographs, making the topics therein more accessible to current and future researchers. Although the hashtag has gotten some flack for being irritating, unwanted commentary (#fail comes to mind), it is truly a powerful means of assigning metadata (data used to describe an associated object) to photographs and information that help us organize our culture in meaningful ways.

Let’s look at a concrete example of how hashtags can organize a dynamic, active online community. Take a gander at the very popular local Facebook page, “You know you are from Traverse City, Michigan when…”. It is not uncommon to visit the site and see a historic photo with over 20 comments describing the event pictured, who was there, and other fond memories of times past. But the hashtag is seldom seen. What if you wanted to organize all the posts on street views of Traverse City? Now, you would need to manually scroll through all the old posts. Even if you did commit to doing that, you would probably miss some. Creating a hashtag (#tcstreets, perhaps?) to organize, recall, and discover that content is significantly easier. Sharing images, identification information and stories is quick and easy on social media platforms, and can happen whenever a person is free to view, post, hashtag, and share. (Archiving social media is a topic for another article!)

Cathy says that having a way to capture and share pictures of front porches immediately is a must for her. “I probably wouldn’t have started on this project, if it weren’t for having a great camera on my iPhone and ease of sharing with the Instagram app, and I always have it on me.”

Want to know more about hashtags and how to use them for exploring and organizing local history in social media? I started by reading Mashable’s article, “The Beginner’s Guide to Hashtags,” http://mashable.com/2013/10/08/what-is-hashtag/. Happy tagging! Cathy and Stella Lancaster are not only roommates and best friends; they also work together at the Traverse Area District Library. Cathy is the Youth Services Coordinator, while Stella works part-time as a therapy read-aloud dog. You can meet both (and other furry friends) at Afterschool Adventures: Tell-a-Tail events in the Youth Services department, which take place on the first Monday of every month during the school year, and about 4 visits during summer reading club. The next is Monday, November 3rd at 4:00pm, and look for more at http://www.tadl.org/events/.

Amy Barritt is co-editor of Grand Traverse Journal, and relishes the popularity of mass image organization in social networking platforms.

One thought on “Exploring History, by Street and by Hashtag”