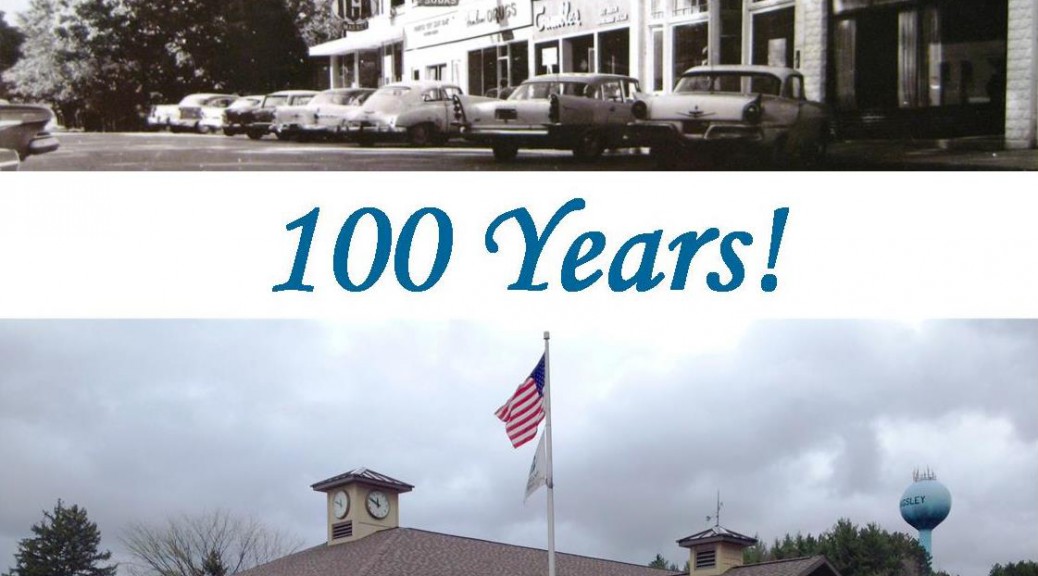 A wonderful library is the crowning jewel of any town. Just ask the residents of Kingsley, the bustling village located in Paradise Township in southern Grand Traverse County. The Kingsley Branch Library (KBL) is celebrating 100 years of service to the community in 2014, and they will be doing it in style!

Join the Kingsley librarians for period costumes and candy at the Kingsley Heritage Days Parade on Saturday, July 19th. Then, visit the KBL on July 31st at 3:00pm for the Local History and Genealogy Room Grand Opening! In addition to viewing an exhibit on the history of the KBL, a talk on the development of the local history room will be given and refreshments served. If you have items, photographs or papers that you think add to the history of Kingsley and need to be preserved, please come to this event and hear more about donating to the local history room!

How do you start a library with no room, budget or experience? It helps to have a group of civic-minded women around, if you look at the history of the KBL.

In the summer of 1913, a lyceum was invited to speak to the residents of Kingsley by a group of prominent men from the community. Lyceums were very popular in this region in the late 19th and early 20th centuries; these were organizations that sponsored public programs and entertainments. If you had been in Kalkaska in 1920, the Chautauqua Lyceum would have treated you to a rendition of the famous comic opera, “Chimes of the Normandie,” as well as a lecture by Roland A. Nichols on “A Man Worth While”.

As lyceums were scheduled well in advance, the men who invited the lyceum plum forgot it, and nothing was prepared when the cast arrived. Fortunately for those men, their wives took up the challenge, and before the train pulled in with the cast in residence, those women had whipped the meeting space into shape, and the residents into a frenzy of anticipation.

The women so enjoyed the camaraderie and opportunity to perform a civic duty that they began meeting regularly, and in 1914 the Kingsley Woman’s Civic Club (KWCC) was founded. Their first order of duty: to develop and make a library available to the public.

Headed by Mrs. Eunice Stinson , “this group of women, 15 strong,” as they were later described in an article celebrating the KWCC’s fortieth anniversary, took to the project immediately. The “unnamed” men who failed to organize for the lyceum likely found their home libraries ransacked, as funds in the club were limited to yearly dues.

Using an all-volunteer staff, the library of fifty books was open for four hours on both Friday and Saturday, and although the collection and open hours would fluctuate over the years, the librarian stayed the same. Eunice Stinson remained librarian from 1914 to 1939; her daughter-in-law Nell Stinson took up the post and remained librarian until the mid-1960s. The switch from Stinson to Stinson came at the same time the KWCC purchased the former First State Bank of Kingsley building, which they used as both club rooms and library.