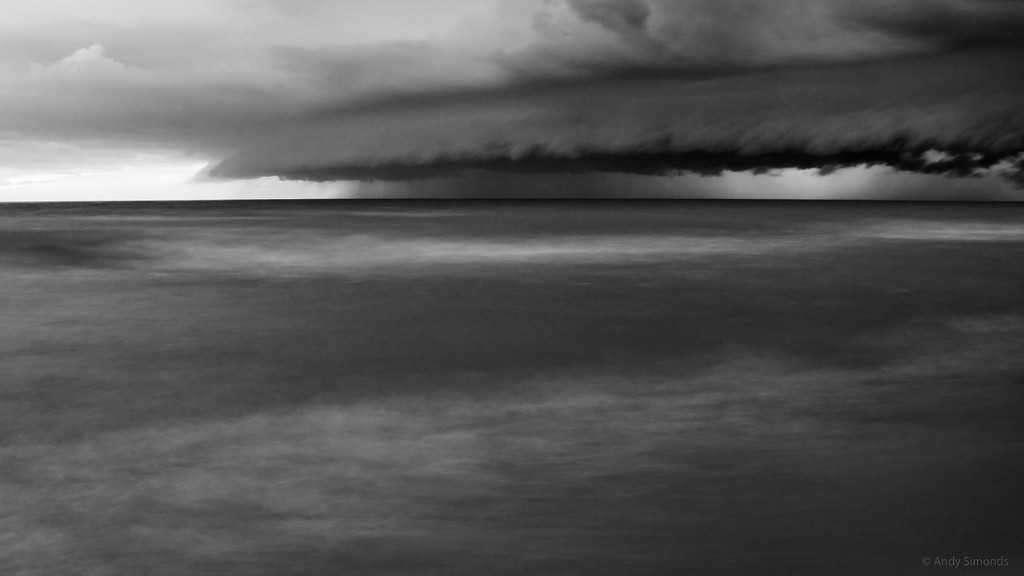 There is nothing like weathering a storm to bring people together. After the storm of Sunday, August 2nd, how many complete strangers did you tell about the felled trees in your yard, or where you were standing when the hail started coming down? And, in return, how many of these stories did you listen to? Our “flashbulb memory” of the event may already be fading, but the repetition of sharing our common story certainly helps to hold that experience in our minds, in addition to the records kept in personal diaries and local newspapers.

As your friendly neighborhood reference librarian, I had more than my share of chances to hear the stories of narrow misses and total destruction. Each story led to the same question, “Do you think this was the worst storm on record?”

Already, you clever readers are parsing the question apart. What does it mean to be “the worst”? Are we measuring the number of people affected, or the dollar figure attached to the destruction? What type of storms are we comparing, just wind, or does snow and ice count? Who is doing the recording? While this article will attempt to answer some of these questions, unfortunately there are too many variables in the recording methods for weather, as well as in reporting damage by dollar amounts, to be able to provide a definitive answer.

A thorough look through the index of the Traverse City newspapers, available at the reference department at the TADL Woodmere Branch, and online thanks to Osterlin Library at Northwestern Michigan College, reveals that, indeed, weather phenomena has always captured our attention. Each article on “Storm Cripples Region,” and “Lightning and Hail Does Damage,” always make the front page. Of course, not only did freak storms provide the locals with something to gab about; many people’s livelihoods depended day-to-day on the land and seas. A true disaster could spell economic doom for the region; imagine if the crops were beaten down by hail, or an ice storm of any magnitude could prevent supply trains from making the trip up north and keep ships from docking.

The following describes a severe windstorm (“with a velocity of fifty miles an hour”) of October 20, 1905, from the Traverse City Record-Eagle:

A storm which for severity has never been equaled in this region, struck this city early this morning of soon after midnight, though rain began falling at 5 o’clock yesterday afternoon which continued until at 2 o’clock this afternoon, a maximum of 1.4 inches had been registered at the government observatory by S.E. Wait. Coupled with the heavy rainfall, the heaviest this year, a wind which increased in velocity until it became almost a tornado drove the waters of Grand Traverse bay up with terrific bombardment along the entire waterfront scattering all water craft, with their sheltering houses, promiscuously along and shorewards until to stand and look at any portion of the bay it was no uncommon sight to see the wreckage of small boats pounding against the shore with logs, broken timbers, and thousand of smaller wreckage of the elements, these in themselves doing untold damage by the force of their combined pounding against docks, boat houses, railroads and embankments…

The article goes on to describe tattered awnings throughout the city, broken windows, damaged roofs, fallen trees, dismantled schooners; in short, a scene of devastation. Despite our recent history and the wind storm of 1905, it seems that snow and ice storms would have been feared to a great degree, if for no other reason than their frequency. Of the storms that made the news between 1865 and 1927, 9 were of snow or ice; 5 were floods; 3 (give or take) were general storms, sometimes with hail.

A deeper look reveals that, as our dependence on electricity and telephones increased, the reporting on snow and ice storms also increased. Perhaps there was indeed just more snow after the widespread placement of overhead lines, but we will leave that data for the next big snow storm. Whether it was a matter of more reporting, or more snow, this article from 1919 reveals the primary concerns were the immediate loss of power and the threat of people unknowingly handling live wires:

Night of Total Darkness Followed By Great Haste To Repair Damage Today — No Hope For Relief Until Night.

Traverse City today is recovering from the most damaging storm in history. After a night of darkness and dread, business finds itself at a virtual standstill, with electrical current for power and lighting cut off, and telephone service demoralized.

The snow and sleet of yesterday was responsible. In the early day, heavily laden wires began to snap. By night, thousands of wires were down. For the most part, they were telephone wires, but in dropping on power wires, they disabled the latter, until, at six o’clock, conditions were so serious that both electric companies were ordered to completely disconnect their power… The fire department had its hands full yesterday afternoon and last night responding to fire alarms and taking care of fallen wires. Again people are cautioned to be careful around wires, and to handle no wires they find in the streets or alleys.

In the lightning and hail storm of September 16, 1920, The Citizens Telephone Company reported over 200 telephones out of work, and all toll lines (used exclusively for long-distance calls) out of commission; same with Bell Telephone. This report on the phone lines warranted a full paragraph of explanation, but agriculture was limited to one sentence at the tail end of the article. Reporting seemed disproportionate to the effect on citizens, as agricultural interests constituted the livelihood of many more people in the region than, say, the filing cabinet that lightning struck in the Johnson-Randall Company office, burning a hole through it.

In 1925, we see a shift back to reporting on agricultural interests, largely because of the high wind storm of June 10. The Traverse City Record-Eagle  credits the hills surrounding the city proper as having saved the city from the brunt of the wind, “but south, west and east in the farming territory the gale was on a rampage and the wind was the worst in years.” The editors of the Record-Eagle claimed that it was impossible to estimate the actual extent of the injury to the corn crop, and could only report that “a survey this morning shows many fields of corn a complete loss”. In addition to those losses, many families also suffered from having farm buildings blown down and tops ripped off their automobiles, and a good number of “telegraph and telephone poles all over the state were toppled over.”

What have we gleaned from these reports of years past? That overtime, communications to the outside world began to take a precedence over immediate survival, as presumably the Grand Traverse Region could stand on its own without frequent supply trains. We can also guess that, in spite of this shift in attention, the disruptive nature of freak storms captured our interest in equal measure then as it does now.