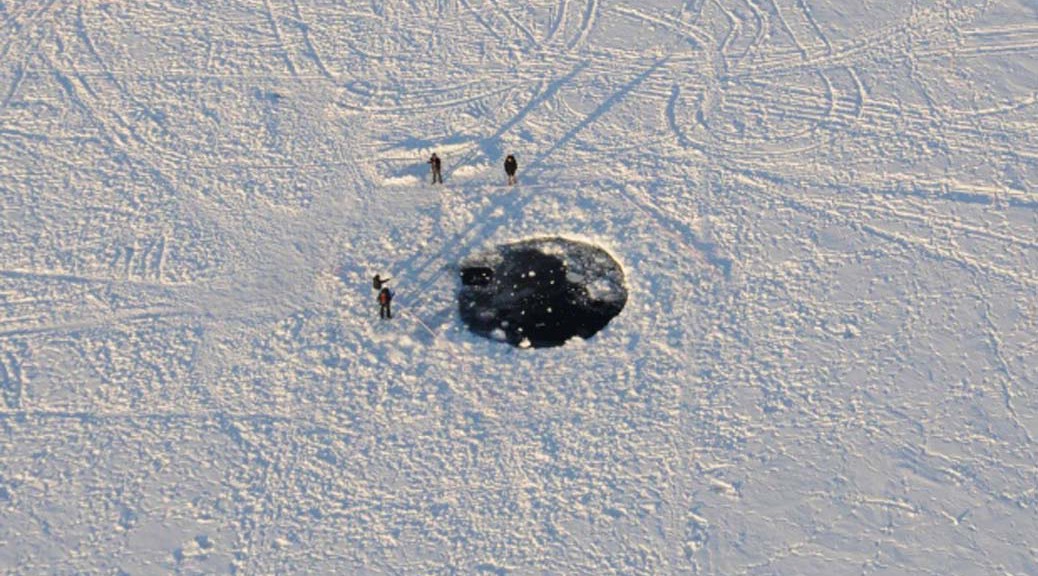 About half past 2 o’clock Tuesday morning, an enormous meteor passed over this region.  The accounts given by the few who saw it are so conflicting that it is difficult to settle upon anything definite in regard to its direction or apparent size.  We have had it coming from every point of the compass and straight up and down: it varied in size from a pint bowl to a hogshead; it struck in the bay and it struck all along the shore; it traveled “as fast as a horse could trot,” and it “flew like lightning.”  We didn’t see it ourselves.  We were asleep, as all good editors should be at that time in the morning.  Those who did see it were evidently too startled to observe it closely.  What is known is that it was an immense ball of fire, and that the darkness was made light as noonday, and that a terrible explosion followed its appearance—or disappearance, no one seems to know which.  The night watchman at Hannah, Lay & Co., says that he saw it explode and that it flew into minute pieces like star dust.  (The one thing that all agree upon is the explosion.  This was heard with equal clearness and with like effect at Mayfield, thirteen miles south of this place and at Williamsburg, twelve miles east.  We have not heard from other directions.  The effect was of an earthquake shock.  The houses were shaken, windows shook and dishes rattled upon the shelves.  A swaying motion seemed to be given to the buildings as an upheaval and settling back.  If the meteor had not been seen it would have been thought an earthquake shock.  It was a big thing any way and that fellow that was close by when it fell or exploded must have thought “something dropped.”

A watchman, most likely the Hannah and Lay Company employee mentioned above, provided a more detailed description of the meteor’s passage to the editor of the Herald, Thomas T. Bates.  Somehow, his notes turned up in the Report of the 49th Meeting of the British Association for the Advancement of Science (1879) in an article called Report of Observations of Luminous Meteors.

Was on watch, passing from due west to east; saw a great light; turned quickly, and saw a ball of fire over my right shoulder; turned to left and watched until it disappeared; when first seen it appeared about as high as ordinary rain-clouds; appeared to me larger than full moon; full moon looks to me to be 18 or 20 inches in diameter; meteor appeared to pass me, and move out of sight at about the rate of speed a descending rocket has after its explosion; had a good chance to see it plainly; just after passing me a singular thing occurred; a ring of fire seemed to peel off the meteor itself, and this followed the ball of fire out of sight, but dropped a little behind it; it was perfectly distinct, and appeared to be hollow, for I could see a dark centre.  Everything was as light as day.  I looked at my watch as it disappeared; it was just 28 minutes after 2 o’clock.  I passed on my beat, and shortly the terrific explosion came.  It shook and jarred everything around.  I immediately looked at my watch, and it was 32 minutes after 2.

From this account and others, Professor Kirkwood of the British Association for the Advancement of Science, commenting about the event, drew the following conclusions: The fireball first came in sight nearly 100 miles over a point about 30 miles S.W. of Great Traverse City and disappeared about 26 miles above a point about 42 miles N.E. by eastwards from that town.  The whole visible track was 124 miles, and its projection on the earth’s surface 66 miles in length from a direction S.W. by S. towards N.E. by N.  Of the time of flight, which was described as several seconds, and of the real velocity, except that the observations indicate a rather slow motion, nothing definite can be affirmed.  (The author goes on to speculate that the meteor may be related to the ‘Cancrid’ meteor systems which occur in the months of December, January, and February.)

In 1879 there were few inhabitants living in the Grand Traverse area, this fact explaining why, outside the Herald, little note was made of the meteor in other publications of the time.  Surely, an event that lit up the night sky as “light as noonday” while producing an explosion loud enough to “shake houses” would have aroused the interest of larger populations living in Chicago or Detroit.   Newspaper editors there would have written about it in order to answer questions of readers.  However, there is no apparent mention of the meteor in the Detroit Free-Press or the Chicago newspapers.

A more precise word than “meteor” for this event is “fireball”. Nowadays that term refers to a very bright meteor of magnitude -4 or better, brighter than the planet Venus.  They are relatively common, the Earth receiving several thousand a day, most over oceans, mountains, deserts and other inhabited regions.  Very few reach a size large enough for a fragment to impact Earth and even fewer that light up the sky as if at midday, producing an explosive thunderclap.

Another term used to describe fireballs is “bolide”, the word connoting an extremely bright fireball, one that explodes, often leaving fragments on the surface of the Earth.  Even bigger than a bolide is a “superbolide”, a meteor with a brightness more than -17 (the sun has a magnitude of -26).  If the 1879 account describing the meteor as brighter than the noonday sun is not an exaggeration, the Traverse area certainly encountered a superbolide.

The Grand Traverse Herald was not through describing the meteor.  After penning the above article, editor Bates later talked to R. S. Bassett, a local fisherman, who offered a first-hand account.  Bates continues:

We have just seen Mr. R. S. Bassett, who has a fishing shanty within a few rods of Fouch’s dock at the head of Carp Lake, seven miles northwest of this place.  Mr. Bassett was awake and saw the flash and was almost immediately deafened by the report of the explosion.  The next morning a large hole, fifty feet or more in diameter, was discovered in the ice about 600 feet from shore.  The ice was solid in this spot the day before.  For a long distance around the surface was cracked and broken and the ice around the hole itself, being twelve or fifteen inches in thickness, had the appearance of being driven down. The water at this spot is only eight or ten feet deep and the bottom of the lake is soft and muddy.

Carp Lake is an early name for Lake Leelanau; Fouch’s dock is at the extreme southern end.  The community of Fouch, consisting of a few cabins and cottages, can be found on the oldest plat maps of the area.  Clearly, a meteorite, perhaps more than one, lies in shallow water in the lake—and we know approximately where it is.  Not only that, with a hole in the ice approximately fifty feet in diameter, we can make guesses about how big it is.

One of the fragments of the meteorite that struck Chelyabinsk, Russia, in 2013 also struck the frozen surface of a lake.  It left a hole about 23-26 feet in diameter, from which a five-foot long meteorite was pulled some time after the event occurred.  If the Lake Leelanau meteorite left a hole twice as big, it may have an even larger fragment–though such size estimations are difficult to predict, since it is possible—even likely—that the fragment broke up into smaller pieces upon impact.

Would modern imaging techniques reveal the under-lake location of the 1879 meteorite?  Even if located, could such an object be easily brought to the surface?  The Chelyabinsk meteorite weighed 1250 pounds before it broke apart into three pieces.  How much more would an object that produced a fifty-foot hole in the ice weigh?  We do not know the answers to these questions—but wouldn’t it be fun to find out?