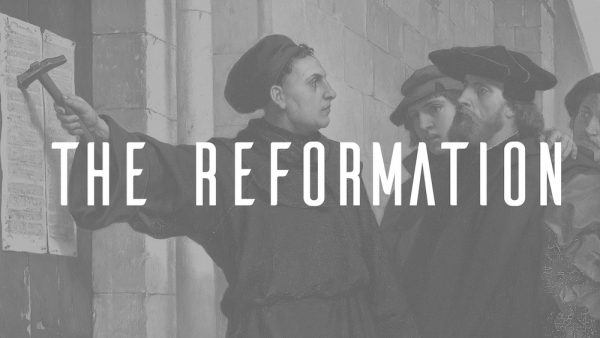 History of the Protestant Reformation on December 7th The Protestant Reformation was a major turning point in Western history, affecting not just religious but also social, political, educational and economic development. Policies and mores made popular then still shape our daily lives. We mark the 500th Anniversary of the onset of the Reformation this year, but the history leading up to and after that is just as fascinating.  What was going on in the Medieval Church to prompt Martin Luther’s radical uprising? And why were Protestant leaders like John Calvin, Huldrych Zwingli and Luther so successful in changing the world? Join Rev. Jonathan Williams for this engaging lecture on what is seen as one of the most far-reaching events in world history. In 1967, a group of fellows, in the northwestern part of the Lower Peninsula of Michigan, stopped just talking about their old engines and antique equipment and decided to do something. They set a date; gathered up their old engines and equipment; and met at Joe Rebman’s farm to run them. The word quickly got out and many others gathered to watch. They all had such a good time that it was decided they should organize a non-profit club and make it an annual event. The club was named the Northwest Michigan Engine & Thresher Club and over time the annual event became known as the Buckley Old Engine Show.

Today, each year the The Northwest Michigan Engine & Thresher Club puts on The Buckley Old Engine Show in Buckley, Michigan. With tens of thousands of attendees each year, the show pulls in vendors, enthusiasts, members and children. With a variety of events and demonstrations, there’s something for everyone!

Join us as members of the club show and tell their amazing history of this annual event through time.  Their book, just published in August will be available for purchase, perfect Christmas gift for your history buff or tractor aficionado.

Festival of Trains chugs along for another great year! One of our favorite holiday traditions is a trip to the Festival of Trains! The Northern Michigan Railroad Club, City of Traverse City,
and the Great Lakes Children’s Museum present this awesome event, full of model trains decked out for the holidays! Come join the fun and support local charities at the same time. The event takes place at the former Carnegie Library, 322 Sixth Street, Traverse City, MI.

Admission:
$5 (4 and under free)
$30 Festival Pass – unlimited visits/household
(includes 2 adults and up to 3 children)