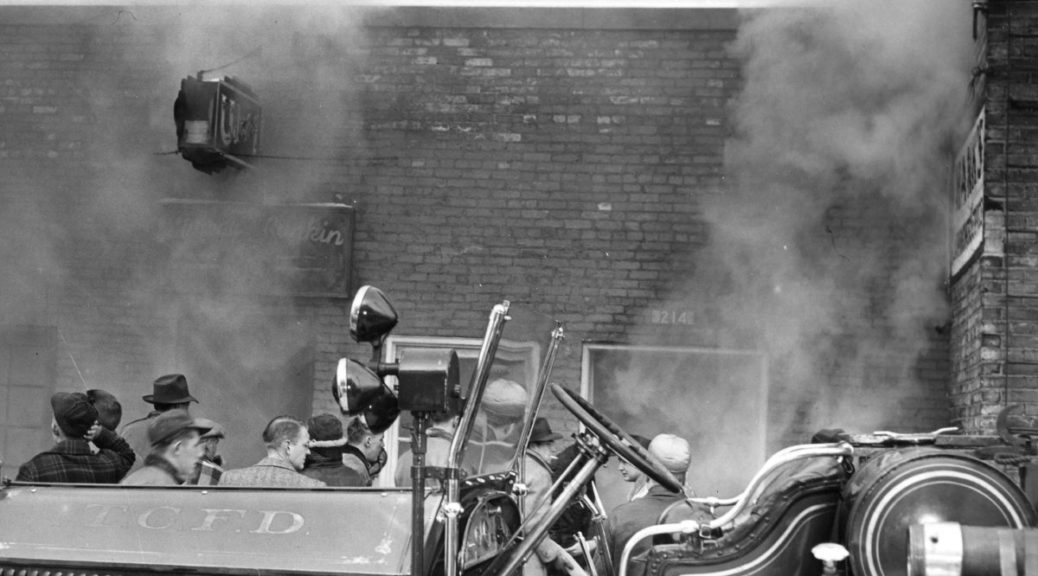 In response to several readers’ desires, all of whom greatly admire the 110 Years Ago column written for the Traverse City Record-Eagle by Cathy Griffin, volunteer for the Traverse Area Historical Society, Grand Traverse Journal has solicited the assistance of regular contributor Bensie Benghauser, to produce 50 Years Ago. The readers who requested this column asked that we cover years more recent than 100, as they hoped to encounter the names of people they once knew. Please enjoy, and if you would like to assist Bensie with a bit of news from the past, you are welcome to join her! Email your editors at gtjeditor@tadl.org.

So, what was Traverse City talking about in January 1968?

A second heart transplant was performed by Dr. Christian Barnard in Cape Town, South Africa. This was his second operation, and the third such operation to be performed.  The gentleman receiving the heart was a retired dentist, Dr. Philip Blaiberg, 58.  His donor was a 24 year-old man who died from a brain hemorrhage while playing touch football with friends at a beach resort. The operation took 5 hours.  Dr. Barnard’s first operation was on December 3 of the previous year and took 7 hours.

The polls are split when it comes to guessing who will be the best Republican candidate against incumbent Lyndon Johnson.  One poll has Richard Nixon as the most likely to get the GOP nomination, but another poll feels the Governor Nelson Rockefeller would be a stronger candidate.  Newsweek shows that Nixon has a commanding lead while the New York Times says that Johnson would carry the states with 378 electoral votes.

Graveside funeral services for George W. Raff, 88, of 306 W. 7th Street, were held this afternoon at Oakwood Cemetery, with Rev. George A. Belknap of the Evangelical United Brethren Church officiating.  Arrangements were made by the Reynolds Funeral Home. Mr. Raff was born October 29, 1879 in Napoleon, Ohio.  He moved to Traverse City in 1880 and had operated a fishing camp at Northport for 20 years, and one at Grand Marais for 15 years.  He is survived by his wife Nellie Mae Chaney whom he married November 8, 1927.

The Grand Traverse Bay YMCA will sponsor a cake decorating course beginning Wednesdays at the YMCA.  Mrs. Richard (Jean) Kluzak will be the instructor.  Participants are to bring an eight-inch cake pan.  All other materials will be furnished.  The fee for the course is $6 for members and $8 for non-members and covers the cost of the cake decorating kit.

Miss Suanne Stouten and Jack R. Keyes were married Friday evening, December 22 at the Mayfair Christian Reformed Church in Grand Rapids.  Mr. and Mrs. Robert Keyes of 13910 West Bay Shore Road are the parents of the groom.  Mr. and Mrs. Niel Stouten for Grand Rapids are the parents of the bride. They honeymooned in Northern Michigan following a church reception.  Jack Keyes  is serving with the U.S. Navy stationed at Great Lakes Naval Training Station.

Movies showing on this day were “More Than a Miracle” starring Sophia Loren and Omar Shariff, and “Reflections in a Golden Eye” starring Elizabeth Taylor and Marlon Brando.

Original prints by master artists of the 15-20th centuries are currently on display at the Mark Osterlin Library at Northwestern Michigan College.  The exhibits of 36 woodcuts, engravings, etchings and lithographs is circulated by the Michigan State University Art Collection at Kresge Art Center and is sponsored by the Michigan State Council for the Arts.

Young people of the Mesick Free Methodist Church will host the Cherryland youth rally which is held each month at a different community within the area.  The event will take place at the Mesick High School Saturday evening, January 13, in the old gymnasium at 7:00p.m.  A drama, “Dream of Heaven”, will be presented by the Pisgah Heights Wesleyan Methodist Church group.

Classified ad:  To all the nice people in the Grand Travese Area…Thank your for making 1967 another fine year for Vita-Bay Potato Chips, “The Outstanding Potato Chip”. And for Snacktime Nuts & Snacks.  Your Friendly Vita-Boy Man.

Traverse City firemen went to the Mary E. Lawton residence, 809 Thirs, at 1 a.m. today after a furnace humidifier’s plastic pipe broke and spilled about an inch of water on the basement floor.  A water vacuum was used to remove the water and no extensive damage was reported.

Funeral services for Mrs. George (Hattie) Amiotte, 100, of 319 Sixth Street, Traverse City, will be held at 11 a.m Saturday at Reynolds funeral home.  Mrs. Amiotte was born May 1, 1867 at Muskegon, an in 1899 came to Traverse City with her husband, the late George E. Amiotte, who entered into the partnership of Straub Bros. and Amiotte Candy Manufacturers.  Mr. Amiotte died in 1939.  Mrs. Amiotte was a life member of Traverse City Woman’s Club, a member of the First Congregational Church, a charter member of the Ladies Library Association, and was very active in civic affairs until her health no longer permitted her to be so.  On her 100th birthday anniversary, she was honored with a celebration at which she received messages form the president of the United States, Governor George Romne, and many others.

The First Baptist Church announces the arrival of its new pastor, Rev. Elmer Katterjohn, a graduate of Moody Bible Institute, as is his wife. He will commence his pastorate Sunday during the 11:00 a.m worship service.  Eugene Pelizzari, moderator for the church, has stated that the call to Rev. Katterjohn was voted unanimously by the church members.  For several months the church has been under the leadership of interim Pastor Gilbert Miles.

Comstock Park school officials today had under advisement a complaint charging that one of its instructors is teaching religion.  The complaint was made to the board of education at a meeting Wednesday night by Mrs. Lorraine Dykehouse.  She said that James Gole, a sixth grade teacher, has been teaching Bible stories in his classroom. She claimed it was a violation of Supreme Court opinions banning prayers and Bible teaching in public shcools during regular school hours.  Mrs.  Dykehouse said unless the Comstock Park board instructs Gole to refrain from teaching Bible stories, she will transfer the complaints to the American Civil Liberties Union.