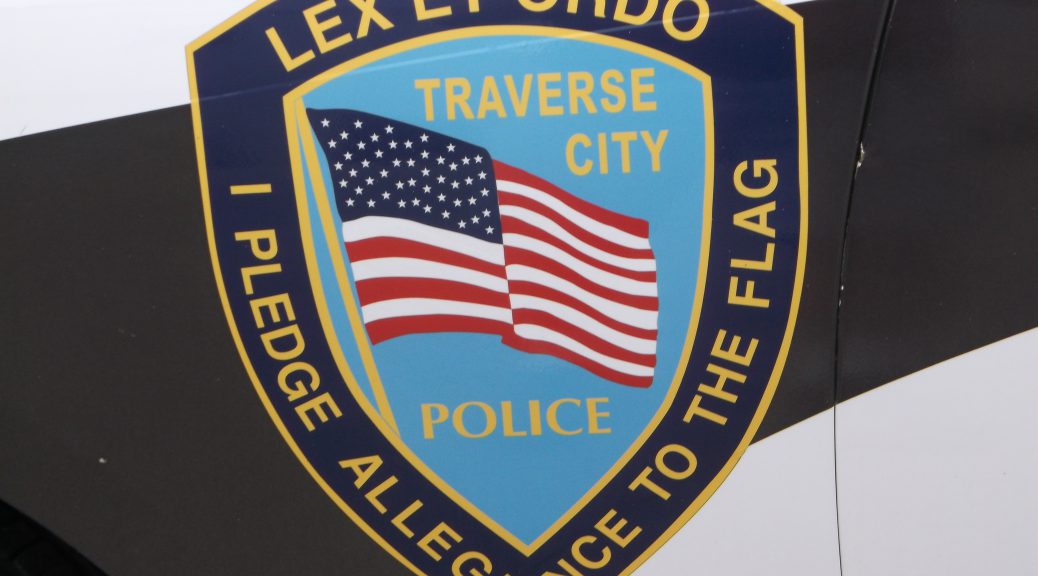 This month’s mystery photo is not about picture identification.  Instead, it is about the history of an everyday thing: the insignia on police cruisers owned by the Traverse City Police Department.  The symbol includes the Latin phrase, “Lex et Ordo,” translated as “Law and Order.”

The question asked here is, “When was this phrase most likely incorporated into the insignia?”  As a hint, we will remind you that “Law and Order” was an election talking point for one of our former presidents (who won election, in part because of that slogan). Another way of approaching the problem is to go to “N-gram,” a website that tracks the evolution of word usage.  Beginning in 1800 and ending close to the present day, the frequency of words and phrases is recorded and subsequently analyzed by a computer algorithm.  Ten thousand documents are included within the time frame, so it is possible to catch a glimpse of when certain locutions became widely used.  By entering “Law and Order” you can see when the phrase was most popular in our recent history.  Try it!

2 thoughts on “Law and Order: When did it appear on TC Police’s insignia?”